POSTECH awarded an honorary doctorate to Seok-Hyun Hong, chairman and CEO of the JoongAng Media Network, during the commencement on February 19, 2016. It is the fourth honorary doctorate conferred since the university’s opening, and the first for a South Korean national.
Chairman Hong is an engineering major, having received a bachelor’s degree in electrical and computer engineering from Seoul National University. He earned a master’s degree in industrial engineering and a doctoral degree in economics from Stanford University.
Yet, Chairman Hong not only has been leading the largest media group in Korea, he has also served as a leader and contributed to the development of various sectors within society as an entrepreneur, scholar, administrator, and businessman. In addition to previously having worked for the World Bank and the Korea Development Institute, he was named, as the first figure from Asia, president of the World Association of Newspapers and News Publishers. Chairman Hong was an ambassador to the United States and also served as a board member of POSTECH.
"Chairman Hong, who has persistently confronted such challenges in various areas, poses as an exemplary role model for our students," said President Doh-Yeon Kim in his conferment address. “The conferment of this Honorary Doctoral Degree…reflects our University’s founding tenets to nurture global leaders who contribute to the society.”
In his acceptance speech titled “Own your life,” Chairman Hong advised students to be entrepreneurial and to lead a creative life. “First, we should discover the true meaning of our own lives hidden within ourselves. … Second, we must live an autonomous life. Only you can be the owner of your life,” Chairman Hong said. With an emphasis on the importance of studying habits, he also asked the graduates to sympathize with other people’s worries and troubles.
Chairman Hong is the fourth recipient of an honorary doctorate, and second recipient of an engineering doctorate, awarded by POSTECH. Previous recipients of POSTECH’s honorary doctorate include Roderick MacKinnon, Rockefeller University professor and Nobel Prize laureate in chemistry; Jeong H. Kim, former Bell Labs president; and Peter S. Kim, former president of Merck Research Laboratories.
List
POSTECH Newsmenuclose1 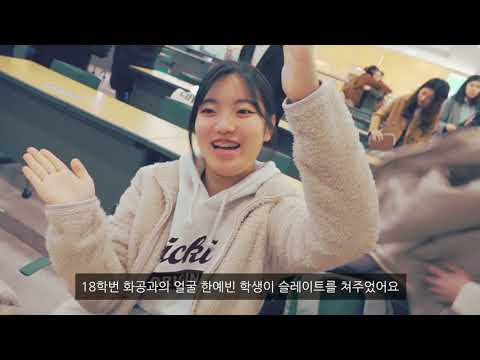