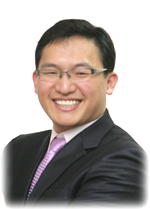 It is interesting that a scientific explanation can be given about the differences between a successful and unsuccessful sports player in major professional games such as the USA Major League Baseball or NBA, or the UK Premier League.

POSTECH Professor Woo-Sung Jung and Professor H. Eugene Stanleya at Boston University, USA, formed a joint research team to study the above. Titled ‘Quantitative and Empirical Demonstration of the Matthew Effect in a Study of Career Longevity,’ their paper illustrated how the Matthew effect works on professional sports in Korea, the UK and the USA, and underscored the ‘Blue-chip Investment Effect’ which asserts that strong investment at an early stage of one’s career is crucial to a success at a later stage. The paper was published in the Proceedings of the National Academy of Sciences (PNAS) on January 4, 2011.

Their study is related to the Gospel of Matthew 25:29 that states, “For to everyone who has will more be given, and he will have an abundance. But from the one who has not, even what he has will be taken away.” Defined by the distinguished American sociologist Robert K. Merton, the Matthew effect indicates the phenomenon that those who already possess wealth or societal status are likely to obtain more wealth or higher status. His research was cited by the bestselling author Malcolm Gladwell in his recent bestseller Outliers, which populatized the concept of the Matthew effect.

The research team investigated the careers of more than 20,000 athletes in four sports leagues and 400,000 scientists and used data from six high-impact journals under the assumption that success or failure is correlated with a phenomenon in physics on material growth, leading to the conclusion ‘the rich get richer.’ Using the Space Poisson Distribution, which is the frequency distribution of a large number of minor events, and the Fat Tail Phenomenon, an extremely large spread at both ends of a function compared to a normal distribution function, the team proved that players in early stages of their career are likely to bear better results.

Also, the team reanalyzed their model under the hypothesis that current sports champions had little support and experience at their early stages. To their surprise, they found out that the possibility is very low for the players to become champions. Based on this finding, they introduced the Blue-chip Investment Effect and highlighted that early investment is crucial for a successful career.

Likewise, distinguished scholars who publish their work in prestigious science journals like Science or Nature also proved the validity of the Blue-chip Investment Effect: the research achievements published in their twenties or thirties appear to be a significant variable for them to become successful scientists.

Professor Jung commented, “According to our findings, full support and the needed investments to youths with strong potential is critical for them to grow into the next Yu-na Kim and Ji-sung Park.” He also added, “Efforts to analyze various social phenomena through physics are recently very active, therefore I am willing to continue my work in this area of social physics.”