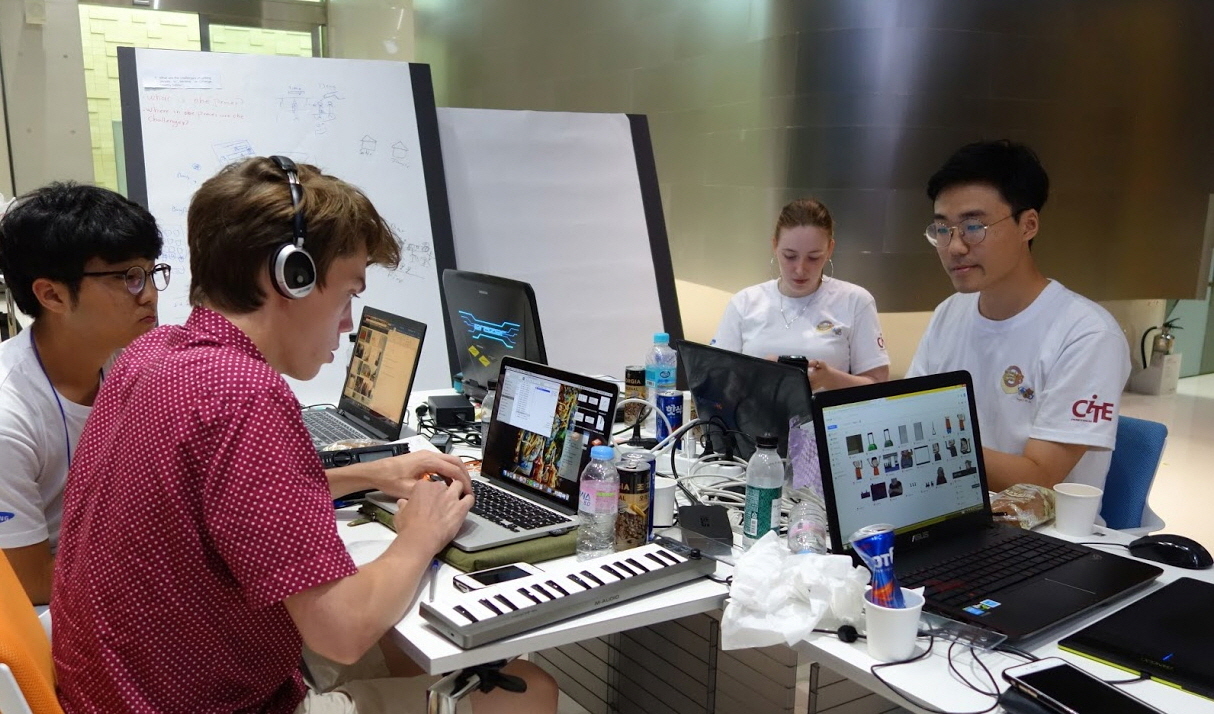 Within a span of 48 hours, participants were challenged to plan, create, and develop playable applied games that “can help change the world through digital healthcare solutions,” in line with the theme of this year’s contest. Applied games, also known as serious games, are primarily designed for purposes other than pure entertainment. They are often used by industries such as education, health care, and defense to tackle real-world problems and raise social awareness.

The game jam celebrated its fourth year since first given life in 2013 by the Department of Creative IT Engineering (CITE) at POSTECH, one of the top research universities in Asia, to provide a platform for innovative and interdisciplinary engineering education. CITE has been partnering with HKU University of the Arts Utrecht (HKU) in the Netherlands from the beginning for their rich knowledge and experience in game development.

The young game developers from over ten universities had diverse disciplinary backgrounds in game development-related fields such as game studies, programming, graphic and sound design, and storytelling. They formed a team of five participants to compete through their ideas and game-making skills for 48 straight hours under the coaching of professors and expert developers.

The winner of this year’s Grand Award was Neck_Slice, a team led by CITE student Seungjin Chai. They developed a game called Stretcher that was designed to prevent back and neck disc, a common problem among gamers and heavy computer users caused by bad posture, by encouraging a stretching habit.

Including Neck_Slice, there are five winning teams – one Grand prize, two Excellent prizes, and one each of the Creative and Convergence prizes. In addition to awards and prizes, the winning teams are offered free consulting services for business development. Those winners who are CITE students will also be sponsored to participate in a game contest to be held in the Netherlands this coming December.